As with everything, there are multiple ways to do a specific thing. But what I would usually do in this case I want to undo my latest commit and then commit my new changes is the following.

The above command will reset back with 1 point.

Note: the above would undo your commit, but it would keep your code changes if you would like to get rid of the changes as well, you need to do a hard reset: git reset --hard HEAD~1

Here's a screenshot of the process: 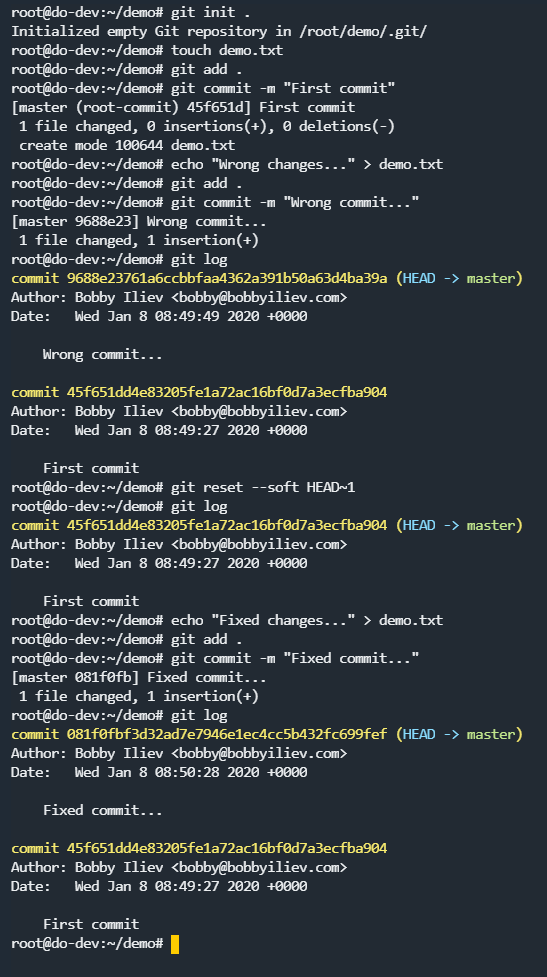 Another approach would be to use git revert COMMIT_ID instead.

Here is a quick video demo on how to do the above: