Then finally, once you've made all of your changes, you've staged them with the git add . command, and then you committed the changes with the git commit command. You have to push those changes to your remote GitHub repository.

Before you can push to your remote GitHub repository, you would need to first create your remote repository via GitHub as per Chapter 6.

Once you have your remote GitHub repository ready, you can add it to your local project with the following command:

Note: Make sure to change the your_username and your_repo_name details accordingly.

This is how you would link your local Git project with your remote GitHub repository.

If you've read the previous chapter, you will most likely notice we are using SSH as the authentication method.

If you did not follow the steps from the previous chapter, you could use HTTPS rather than SSH:

In order to verify your remote repository, you could run the following command:

To do so, just use the git push command:

If you are using SSH with your SSH key uploaded to GitHub, the push command will not ask you for a password, but it would push your changes to GitHub straight away.

In case that you did not run the git remote add command, you will get the following error:

Note that the connection would be in place if you used the git clone command to clone an existing repository from GitHub to your local machine. We will go through the git pull command in the next few chapters as well. 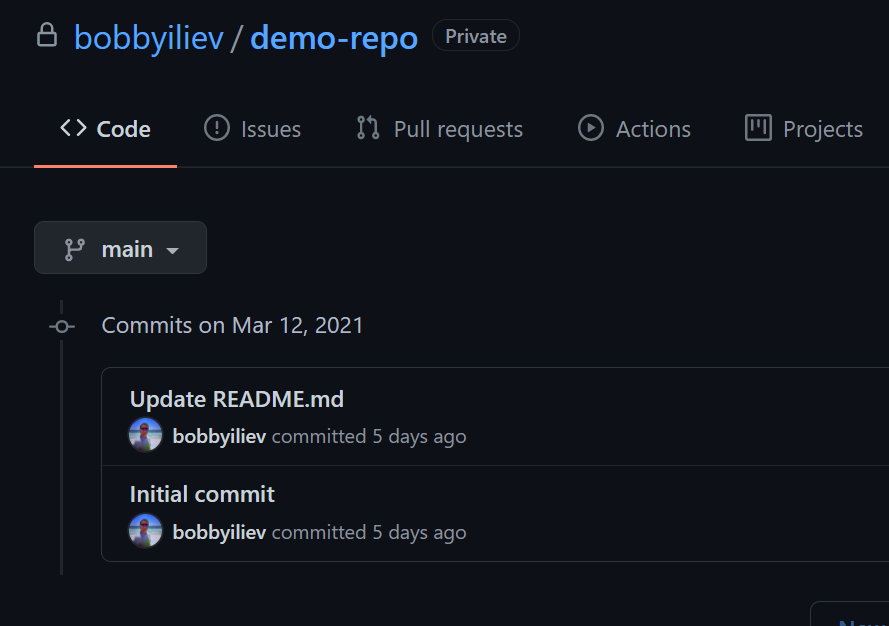