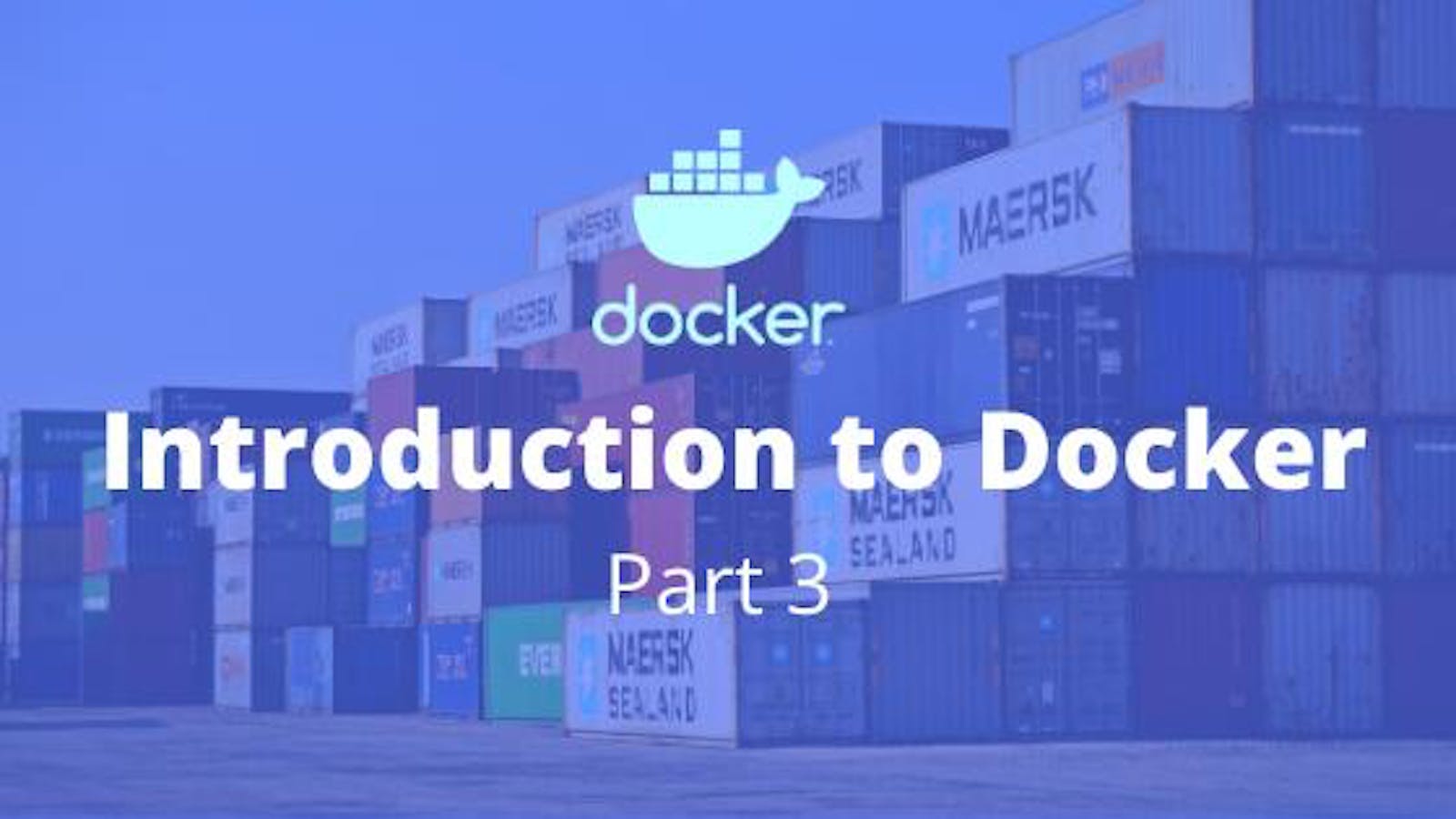 Welcome to part 3 of my Introduction to Docker blog post series! In part 1 I quickly went through installing Docker and what containers are and in Part 2 we actually played with Docker containers a little bit by running a couple of Docker containers. If you've not read the previous posts I encourage you to do so:

In this post, I'll show you how to work with Docker images!

To make things even better you can use my referral link to get a free $50 credit that you could use to deploy your virtual machines and test the guide yourself on a few DigitalOcean servers:

What are Docker Images

The docker run command downloads and runs images at the same time. But we could also only download images if we wanted to wit the docker pull command. For example:

Or if you want to get a specific version you could also do that with:

Then to list all of your images use the docker images command:

You would get a similar output to:

The images are stored locally on your docker host machine.

To take a look a the docker hub, go to: https://hub.docker.com and you would be able to see where the images were just downloaded from.

For example, here's a link to the Ubuntu image that we've just downloaded:

There you could find some useful information.

To delete an image use the docker rmi command:

One of the ways of modifying images is with ad-hoc commands. For example just start your ubuntu container.

After that to attach to your running container you can run:

Install whatever needed then exit the container just press CTRL+P+Q.

To then save your changes run the following:

As you would notice your newly created image would not have a name nor a tag, so in order tag your image run:

You could also push your new image to DockerHub. for that you would need a docker hub account first:

Then push your image to the DockerHub: 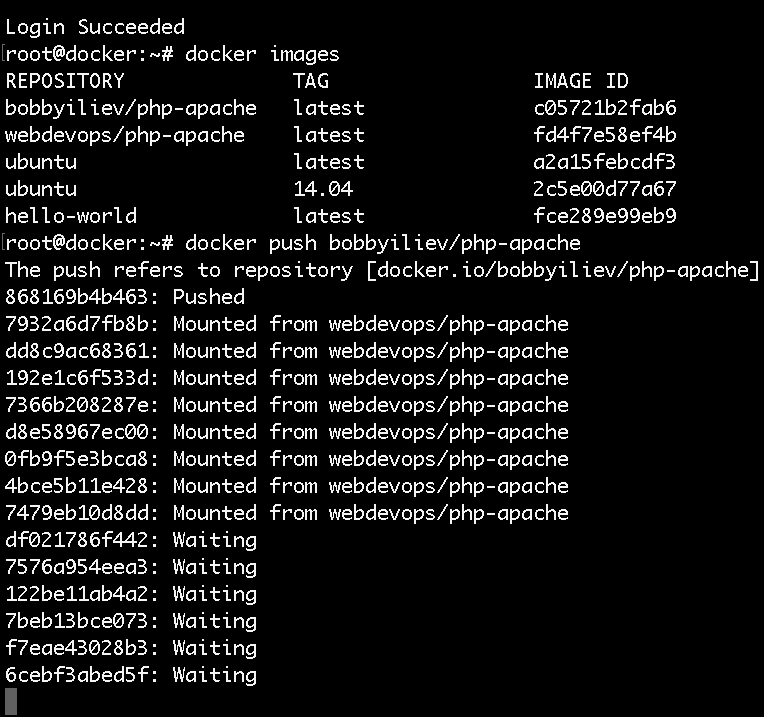 After that you should be able to see your docker image in your docker hub account, in my case it would be here: 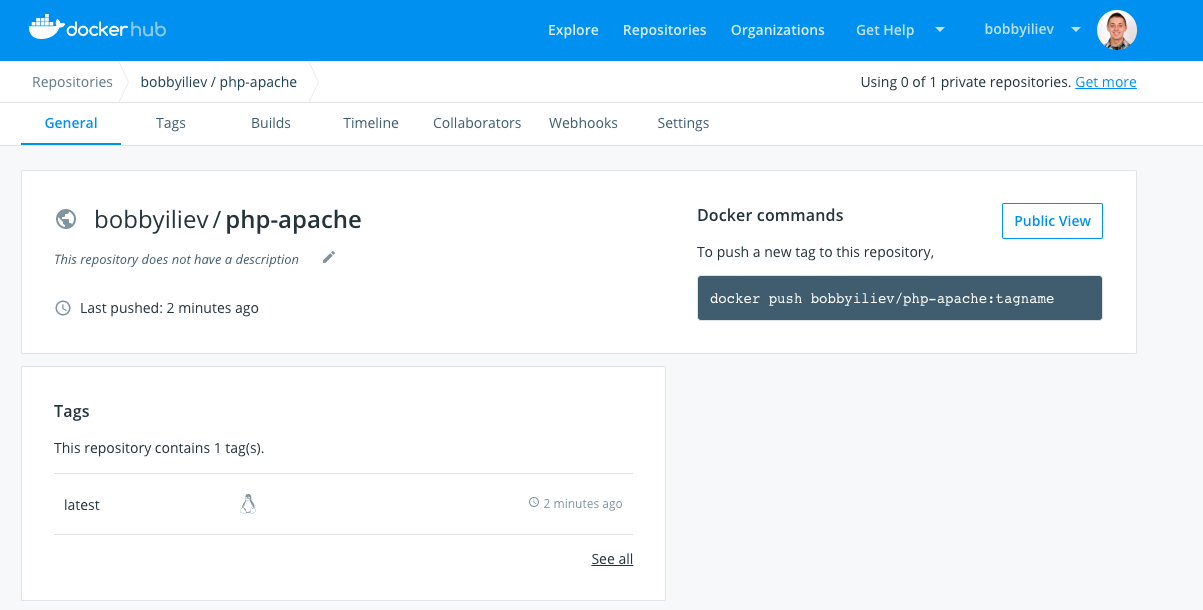 We will go the Dockerfile a bit more in depth in the next blog post, for this demo we will only use a simple Dockerfile just as an example:

Create a file called Dockerfile and add the following content:

All that this Dockerfile does is to update the base Alpine image.

To build the image run:

Then you could again list your image and push the new image to the DockerHub!

Once you've read this post, make sure to test your knowledge with this Docker Images Quiz:

That is pretty much it! Now you know how to pull, modify, and push Docker images!

We are ready to move to Part 4 of the Introduction to Docker blog post series:

What it's like to be a Developer? Does Your Project Need a Web Designer or Web Developer? Detecting Mobile Devices through javascript or PHP Computer Cats 5 Online Resources for Learning Regex Concepts And The Difference Between Web Services And Micro Services Why Coding Experience is a Huge Advantage to Have as a Job Applicant Best Tips to Secure your WordPress Website Google Search Results using PHP How Does PaaS Help Software Development?