How to install Docker and Docker Compose on Raspberry Pi 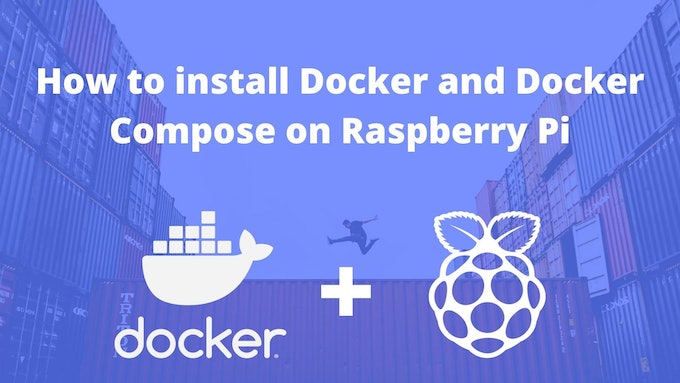 Docker is the de facto standard to build and share containerized apps - from desktop to the cloud. You can basically run Docker virtually anywhere from your DigitalOcean Droplet or your Laptop, to your Raspberry Pi at home.

Raspberry Pi on the other side is a great low cost, credit-card sized computer that plugs into a computer monitor or TV, and uses a standard keyboard and mouse.

In this tutorial, I will show you how to install Docker and Docker Compose on Raspberry Pi with just a few easy steps!

I will use the convenience script provided by Docker at get.docker.com for installing edge version of Docker Engine - Community. It is a great way to install Docker on development environments quickly.

To download the convenience script you just need to run the following command:

Note: Always examine scripts downloaded from the internet before running them locally.

Step 3 - Add your user to the Docker group (Optional)

If you would like to use Docker as a non-root user and not have to type sudo each time, you have to add your user to the “docker” group with something like:

If you ran the previous command, remember to log out and back in for this to take effect! Or instead, run the following command:

Now in order to verify that Docker is installed correctly. You can check the Docker version by running the following command:

As another test we can run the hello-world image:

I will use pip3 to install Docker Compose. Note that you need to have python3 and pip3 installed already in order to use pip3.

If you don't have python3 installed already, you can run the following commands:

Once you have python and pip installed just run the following command:

Here's a quick video walkthrough on how to do the above:

How to install Docker and Docker Compose on Raspberry Pi?

This is pretty much it! Now you have Docker installed on your Raspberry Pi and you can start.

Feel free to reach out to me and let me know if you have any questions!