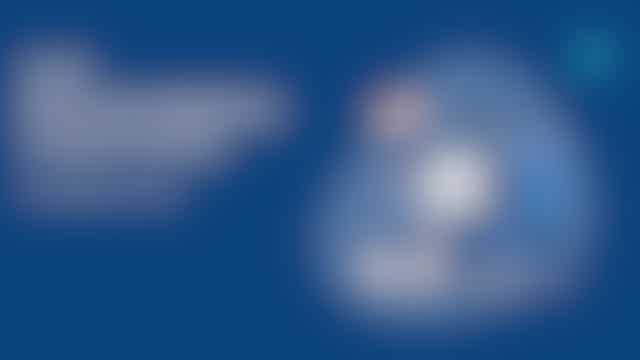 5 programming languages that can make it big in 2022 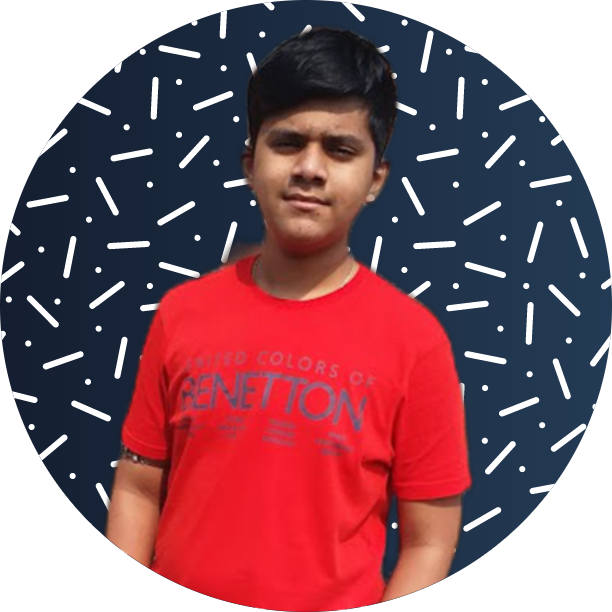 We're all aware that tech is progressing at an alarming rate. It's common to see one technology surpass the other in terms of advancements and improvements. One thing that we must always keep in mind in order to stay current in the realm of technology is learning a programming language.

Nowadays, programming languages are the foundation of all technical advancements. Any significant coding field requires it as a prerequisite. As an example: You'll need to study languages like Python, and others for machine learning; for web development, you'll need to know HTML, CSS, JavaScript, and so on. If you work in this industry, you should be able to programme in more than one language.

To avoid being the jack of all trades and a master of none, you should begin by mastering one language and gaining a strong command of it. Then you can move on to the next one, and so on. You will obtain solid practical understanding of many languages in this manner over time.

I understand that there are over 1000 languages; thus, should I learn them all?

No, The domain in which you are interested determines whether or not you should learn a language.

If you haven't chosen a domain yet, you've come to the right spot since I've compiled a list of the top 5 programming languages to study in 2022.

For supporting my suggestions, we'll be referring to the 2021 Developer survey conducted by StackOverflow. 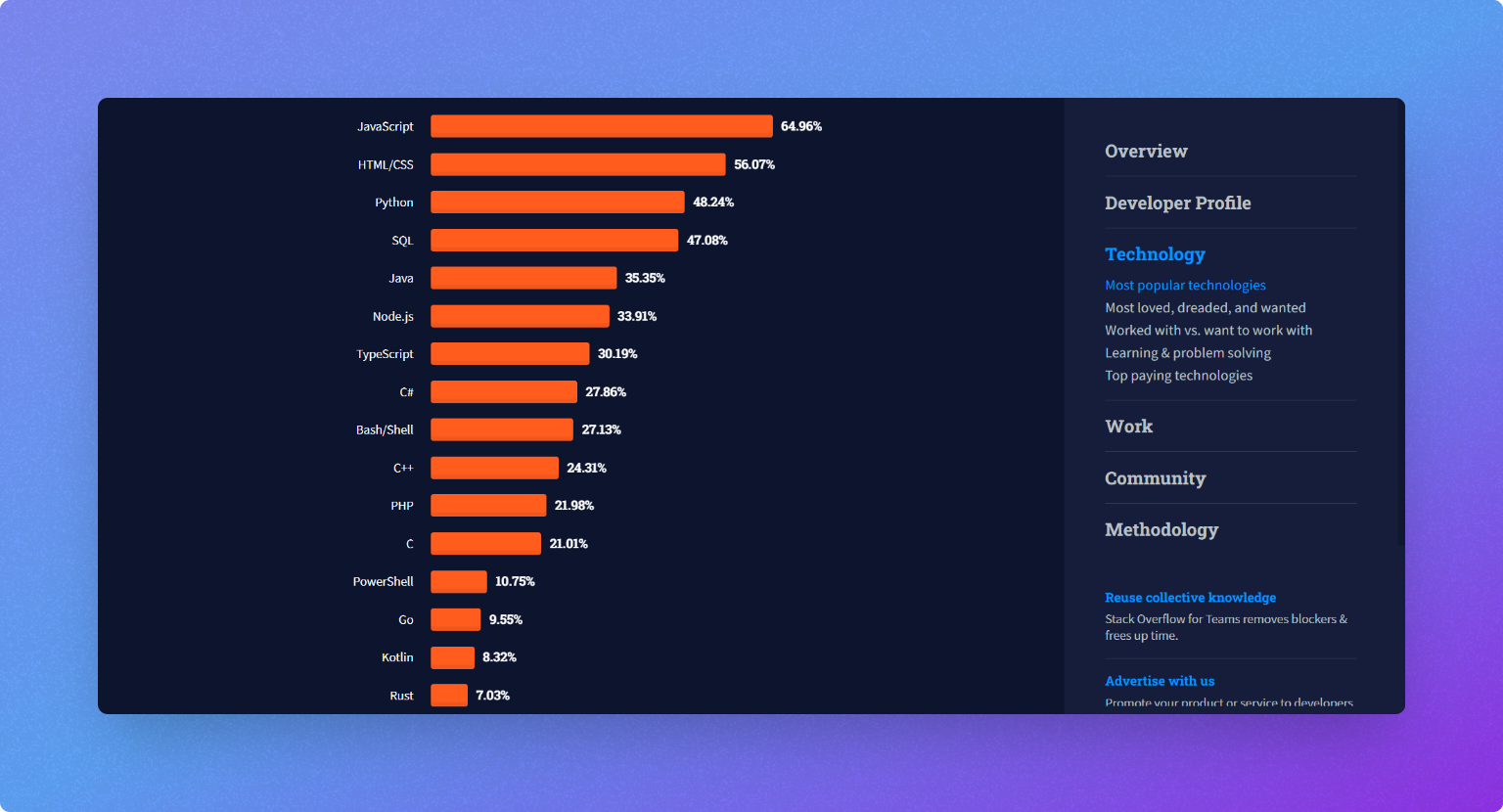 Python has been a hot issue in recent years, and it will undoubtedly be at the top of the heap in 2021. But why is that? Why is python so well-known? Is it overhyped?

Python is well-known for its simple syntax, which is remarkably similar to that of natural languages. Beginners and pros alike enjoy it because of how simple it is to learn.

Python is one of the most popular programming languages, according to the StackOverflow developer poll.

Python contains numerous good libraries, such as sci-kit learn, PyTorch, Keras, Pandas, Numpy, and others, that make machine learning simple and enjoyable. Furthermore, Python has a strong community and is backed by industry leaders.

"Javascript is the duct tape of the internet" This statement is justified as Javascript makes it to the top of both categories again and again.

Javascript has exploded in prominence in a short period of time. Big companies like Google and Microsoft began utilising JavaScript for the backend in the early 2000s.

What is it about javascript that makes it so popular?

JavaScript provides the scalability that cloud computing and back-end development require. It includes the ability to communicate with other languages as well as databases. For the eighth year in a row, javascript has remained at the top due to its excellent features and widespread use.

If you work in web development, javascript will come in handy; when combined with HTML and CSS, you may create distinctive projects even as a newbie.

You can create web applications, desktop apps, server backends, and mobile apps with the javascript language, which is something that no other language can do.

Java has a history of losing its core. However, data show that java is still one of the most used languages. Many prominent companies still employ it, demonstrating that language is always valuable and in demand in the computer sector.

Java's key advantage is that, unlike other languages, it provides security. I recently read an awesome post which highlights the uses of JAVA. Must-read for anyone looking to learn JAVA. Click here to read

A virtual machine is used to run Java (JVM). It checks the byte code and ensures that no dangerous operations are carried out.

Java is simple to learn, object-oriented, and platform agnostic. If you want to learn android development, java is a terrific language to start with, and it's also a great language to learn to programme in for a novice. Java is used by over 40% of developers, or more than 8 million people. Learning java will give you a head start in your career because organisations such as Amazon and Adobe use the language and offer fantastic job opportunities to Java programmers.

HTML is probably the oldest web technology out there and also the first one I learned long ago, but it's still relevant, and you just cannot become a Web Developer without a good knowledge of HTML. Technically it's a markup language and used to specify the structure of your page. If there is another indispensible online technology outside HTML, it must be CSS, or Cascading Style Sheet. CSS is used to design a web page, that is, to make it more appealing to the eye. CSS can also be used to specify the element's layout.

The better JavaScript is TypeScript. It wasn't the only contender for that title, but it was the one created by Microsoft and supported by Google.

With every year passing by, Typescript is climbing the charts quickly replacing Objective C for the top 10 spot.

TypeScript is a syntactical superset of JavaScript, which means that every JavaScript project is also completely functional in TypeScript, implying that JavaScript and TypeScript are two sides of the same coin. JavaScript is adopting more and more TypeScript standards, to the point that it's difficult to tell the difference between the two. Given all of this, it's not difficult to imagine browsers supporting TypeScript at some point in the future. Google, Facebook, Microsoft, and a slew of other companies use TypeScript. Aside from these behemoths, TypeScript is being used by a slew of startups.

Go was created in 2007 at Google to be used for their massive-scale backend, with built-in parallelism. Their distaste of C++ was the driving force for the creation of Go. In this way, Go is similar to C, but in a different way. It maintains the simplicity and elegance of C while adding functionality required for online services. It's typed, compiled, and has a package management built in. It does, however, have a garbage collector for convenience, memory safety, and no pointers arithmetic, all for good reasons. It's a well-known fact that you can learn Go in a single day, so it'd be a shame not to.

These are the top programming languages that you should learn in 2022.

However, if you wish to study another language in which you feel at ease, persist with it, learn it, and expand your profession. What matters is that you stick to your plan, take steady, gradual steps, and reach your end goal.

If you think a language will be popular this year and it hasn't been included in here, feel free to comment and let everyone know.

Thank you for reading

If you liked this post, subscribe to my newsletter to never miss out on my blogs, product launches and tech news.