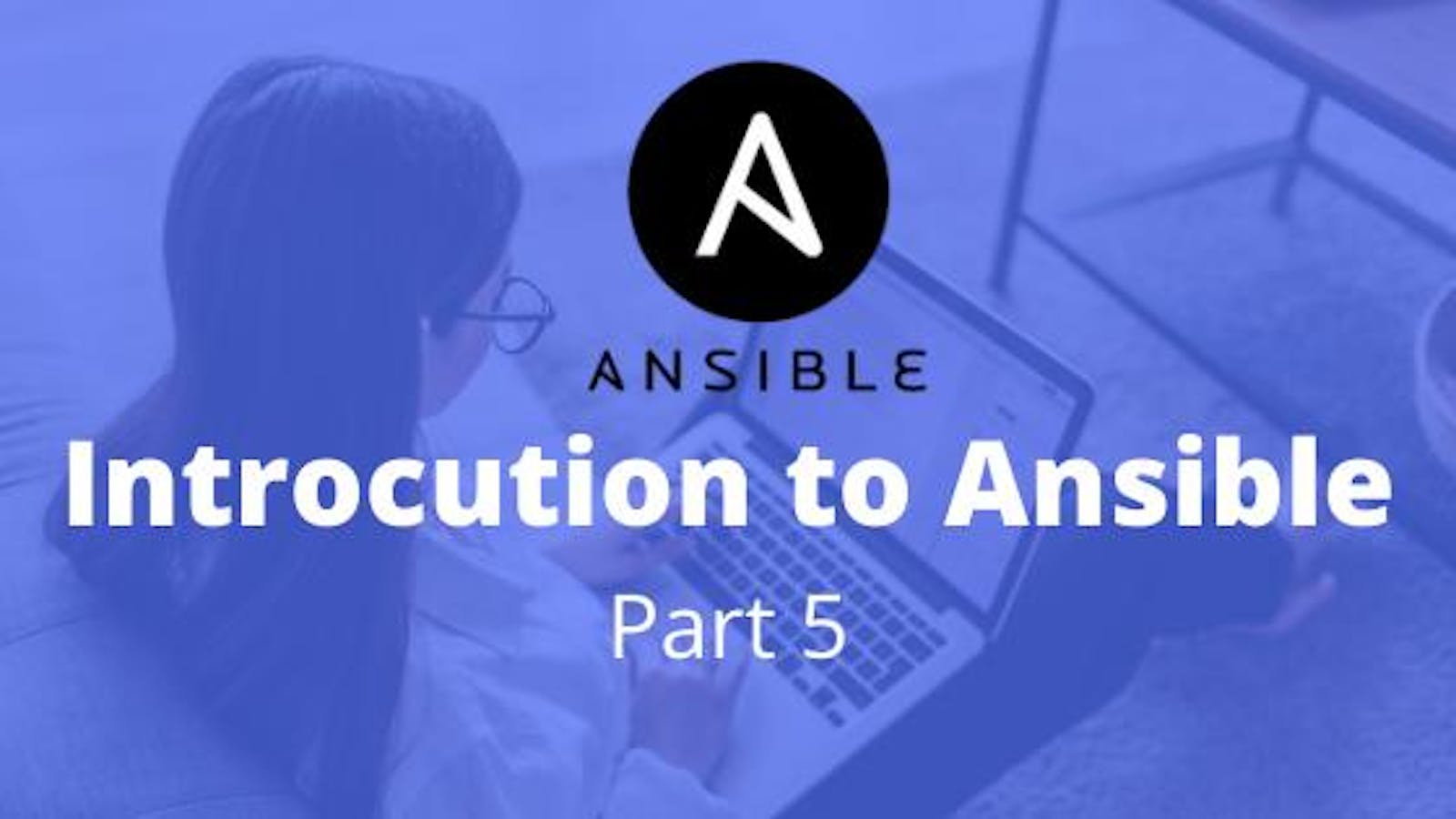 - Part 4: Here I covered what Ansible playbooks are, how to create and run a few playbooks

In this last post of the 5 part blog post series I'll give you a quick introduction to the Ansible Facts, some useful tips, and a quick overview of the Ansible handlers.

What are Ansible Facts

Simply put the Ansible facts are just some data that Ansible would collect for us from the remote system.

In order to gather the facts about the remote hosts, Ansible uses the Ansible setup module.

Ansible automatically calls the module for us whenever we run a playbook, that way we can use the information directly in our playbooks as variables.

This is really handy as Ansible provides a lot of facts about the remote system for us out of the box.

You can gather facts by using the following ad-hoc command:

The above command would list all of the information available from the remote host.

As this would return a lot of information you could use the filter tag to look for a specific thing by adding a filter flag, for example, if you wanted to get the hostname of the remote host you would use the following command:

The best part about the Ansible facts is that you could use this information in your Ansible Playbooks.

For example, if you want to get the information about the hostname of the remote host, just like we did with the ad-hoc command, but directly in your playbook, all you need to do is use the following syntax in your yaml file:

You don't have to define this var as this is already available for you via the Ansible facts.

As a side note, you can use the --tree flag to forward the output to a file.

Also as gathering the facts takes some time, we could set the gather_facts to no in our playbook, but by default, it is set to yes:

That way you would slightly improve the performance, but you would not have access to the facts anymore.

Here are some of the essential Ansible modules which you should know about and take advantage of when creating playbooks and troubleshooting issues with your automation.

You could use the debug module to do some troubleshooting. It would print out some debug information about the tasks that are running.

You could use one of the following two arguments but you can not use both at the same time:

var - it would print out the variable content on your screen.

Another important module is the register module. It takes the output of a task and puts it in a variable.

This can be really handy for troubleshooting, you can register the output of a command with register, and then make decisions based on the exit code.

Here's the output that you would get: 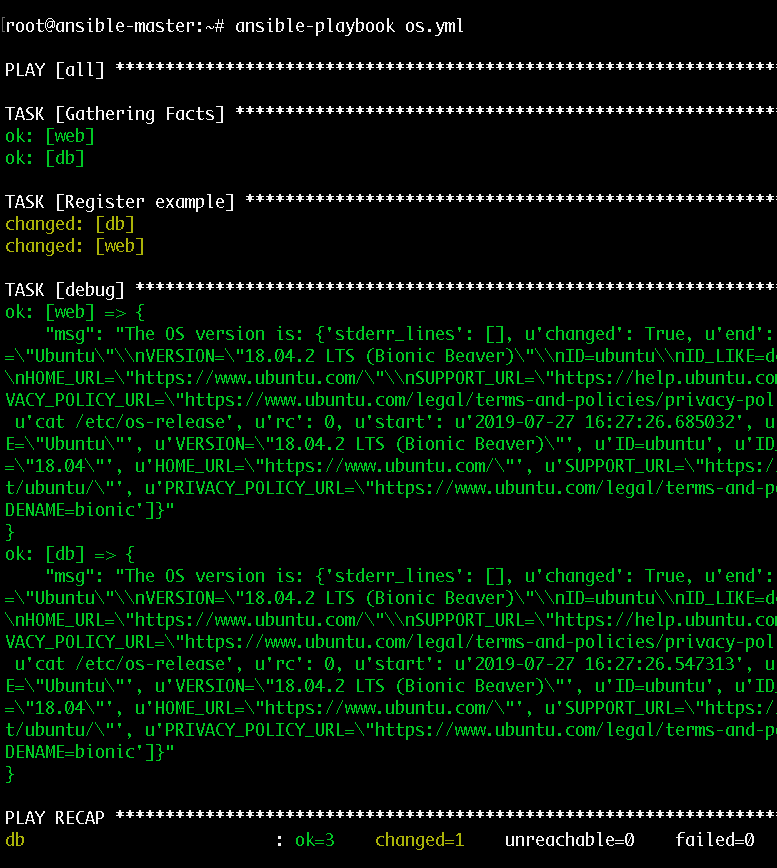 One final thing that I think is worth mentioning, in the 5 part introduction to Ansible series, are the ansible handlers.

We can use handlers to restart services only when needed - for example only if a change is made to the apche2 config and not every single time when we run the playbook.

One thing that you have to keep in mind is that the handler should be on the same level as the task and should trigger the name of the action.

The key part here is the listen keyword, this means that the handler task would be triggered only if the "restart apache2" is called with the notify module. 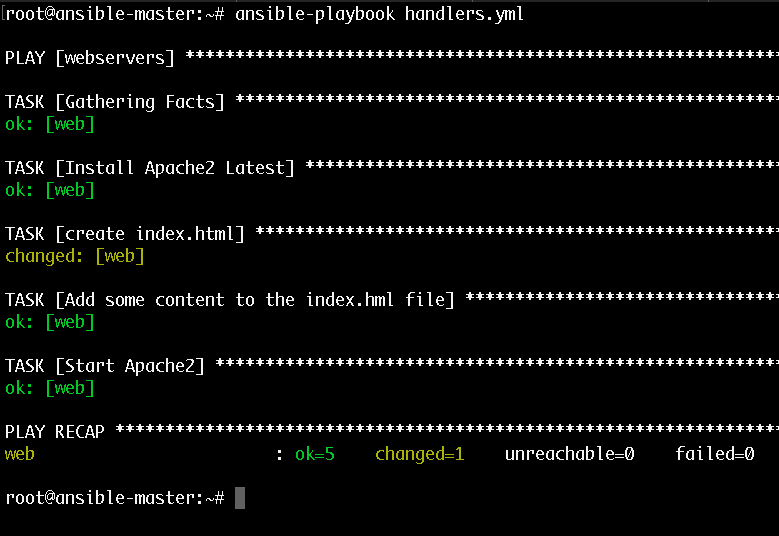 For more information take a look at the official documentation here:

Once you've read this post, make sure to test your knowledge with this Ansible Quiz:

Hopefully, you found this 5 part series helpful! I would strongly recommend deploying a few droplets on DigitalOcean and testing all of the above yourself.

What's next? I would recommend testing all that by yourself so you could get a better feeling of the tool! Also, you could go through more advanced tutorials on the DigitalOcean website:

If you have any questions please feel free to reach out to me!