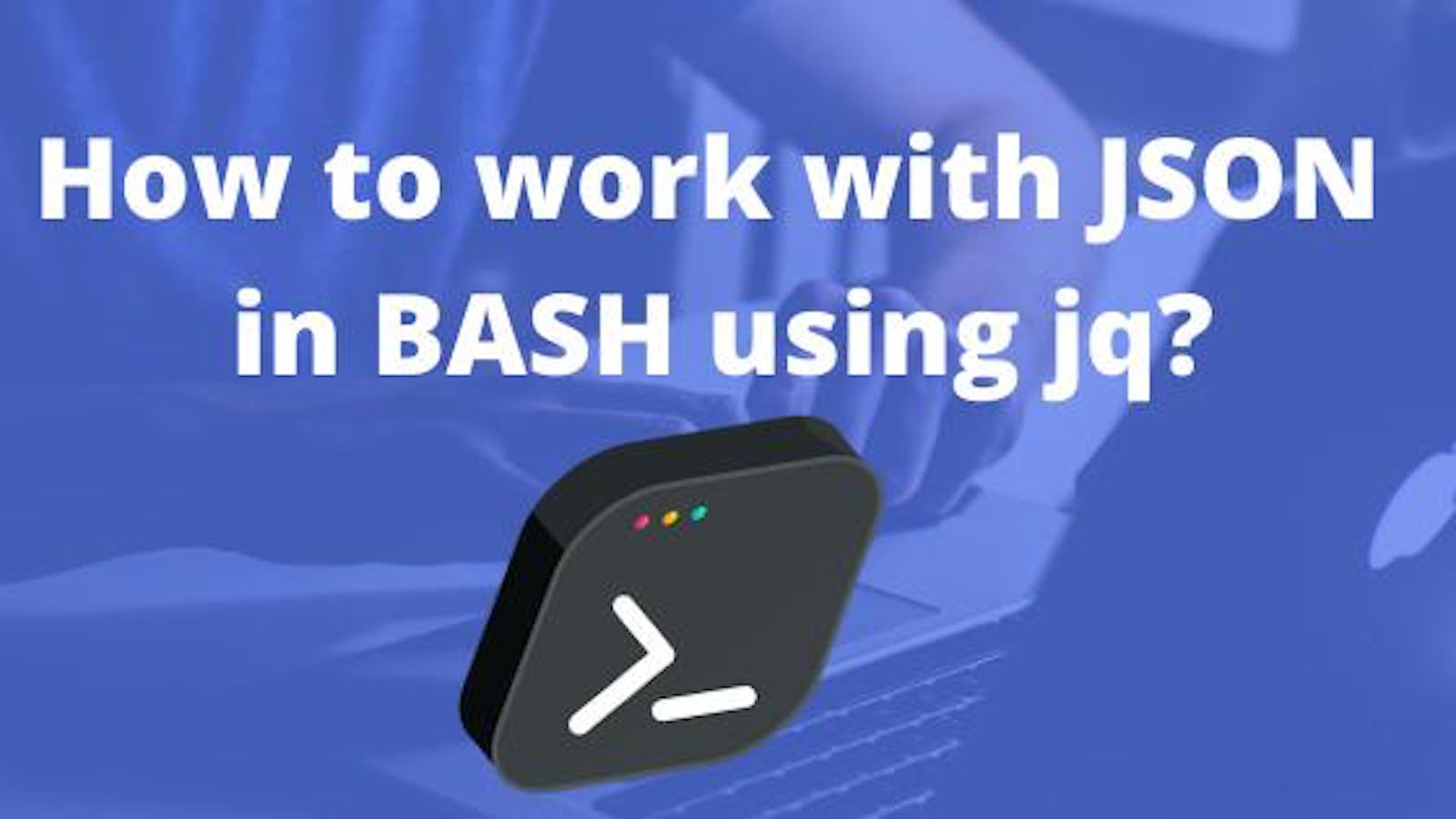 How to work with JSON in BASH using jq?

The jq command-line tool is is a lightweight and flexible command-line JSON processor. It is great for parsing JSON output in BASH.

One of the great things about jq is that it is written in portable C, and it has zero runtime dependencies. All you need to do is to download a single binary or use a package manager like apt and install it with a single command.

For the demo in this tutorial, I would use an external REST API that returns a simple JSON ouput called the QuizAPI. If you want to follow along make sure to get a free API key here.

You would also need a BASH terminal in order to be able to test the commands!

I will do the demo on a DigitalOcean Ubuntu 18.04 Droplet, so if you want to follow along you can sing up for DigitalOcean account via this link here and you will get $100 free credit which you could use to spin up Linux servers!

There are many ways to install jq on your system. One of the most straight forward ways to do so is to use the package manager depending on your OS.

Here is a list of the commands that you would need to use depending on your OS:

If you are using other OS, I would recommend taking a look at the official documentation here for more information.

Once you have jq installed you can check your current version by running this command:

Once you have jq installed and your QuizAPI API Key, you can parse the JSON output of the QuizAPI directly in your terminal.

In order to get some output from one of the endpoints of the QuizAPI you can use the curl command:

For a more specific output, you can use the QuizAPI URL Generator here.

After running the curl command, the output which you would get would look something like this:

This could be quite hard to read, but thanks to the jq command-line tool, all we need to do is pipe the curl command to jq and we would see a nice formated JSON output:

In this case the output that you would get would look something like this: 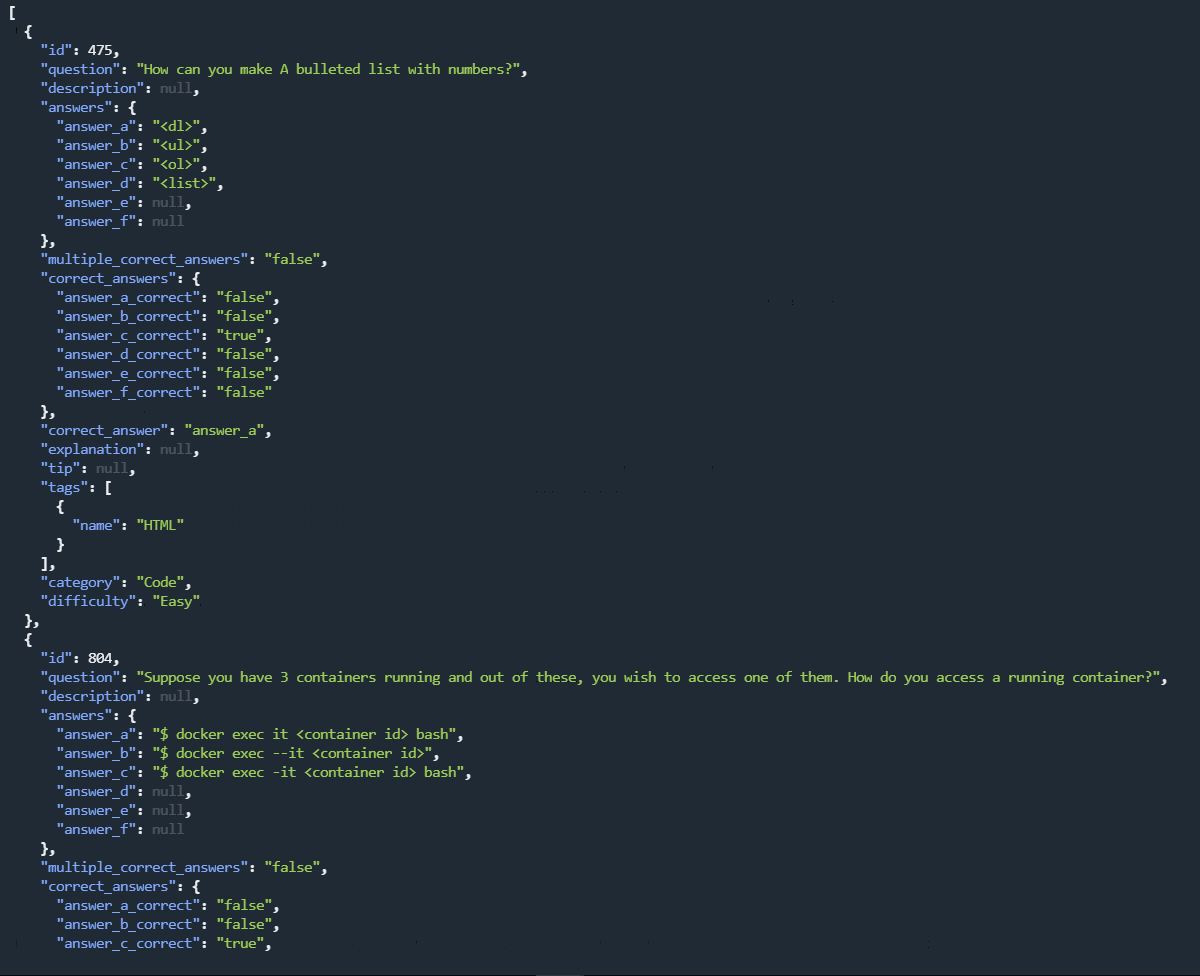 Now, this looks much nicer! The jq command-line tool formatted the output for us and added some nice coloring!

Get the first element only

Let's say that we only wanted to get the first element from the JSON output, in order to do that we have to just specify the index that we want to see with the following syntax:

Now, if we run the curl command again and pipe the output to jq .[0] like this:

You will only get the first element and the output will look like this: 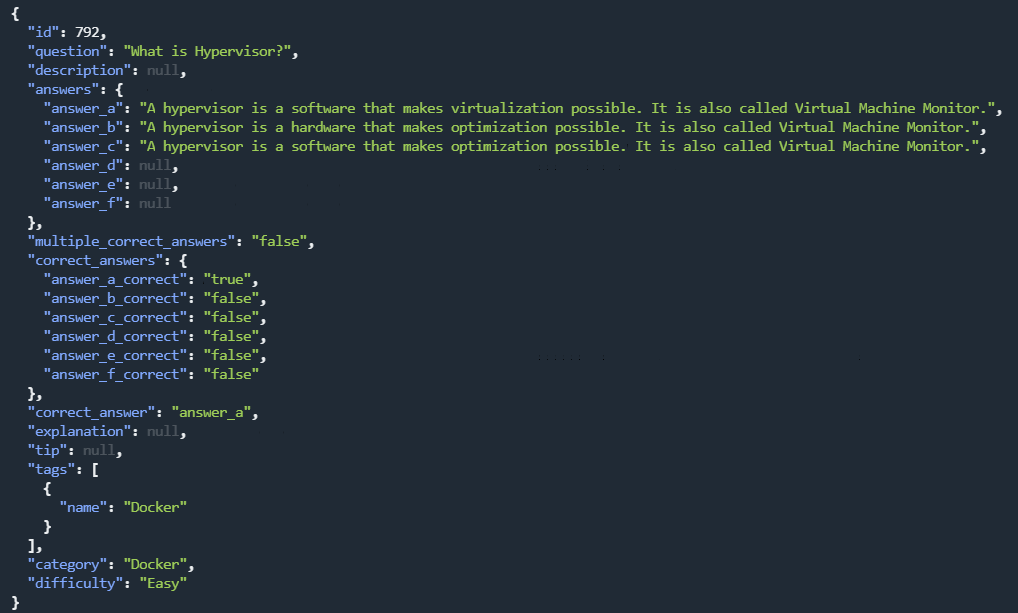 Value only for specific key

Sometimes you might want to get only the value of a specific key only, let's say in our example the QuizAPI returns a list of questions along with the answers, description and etc. but what if you wanted to get the Questions only without the additional information?

This is going to be quite straight forward with jq, all you need to do is add the key after jq command, so it would look something like this:

We have to add  the .[] as the QuizAPI returns an array and by specifying .[] we tell jq that we want to get the .question value for all of the elements in the array.

The output that you would get would look something like this:

As you can see we now only get the questions without the rest of the values.

jq in a BASH script

Let's go ahead and create a small bash script which should output the following information for us:

To do that I've put together the following script:

NOTE: make sure to change the API_KEY part with your actual QuizAPI key:

If you run the script you would get the following output:

We can even go further by making this interactive so that we could actually choose the answer directly in our terminal.

There is already a bash script that does this by using the QuizAPI and jq:

You can take a look at that script here:

The jq command-line tool is an amazing tool that gives you the power to work with JSON directly in your BASH terminal.

That way you can easily interact with all kinds of different REST APIs with BASH.

For more information, you could take a look at the official documentation here:

And for more information on the QuizAPI, you could take a look at the official documentation here:

I hope you find this helpful!

PHP classes in a nutshell Detect if your browser supports WebSockets Laravel Totem - Manage your Laravel Schedules Infinite Scroll Loading Image and Text Changing Our View of Big Data by Unlocking the Brain How to sync a Master branch from a Fork Animals Playing on Computers How to export/backup a MySQL/MariaDB database with mysqldump Php vs nodejs What tools, development teams, and organizations should invest in?