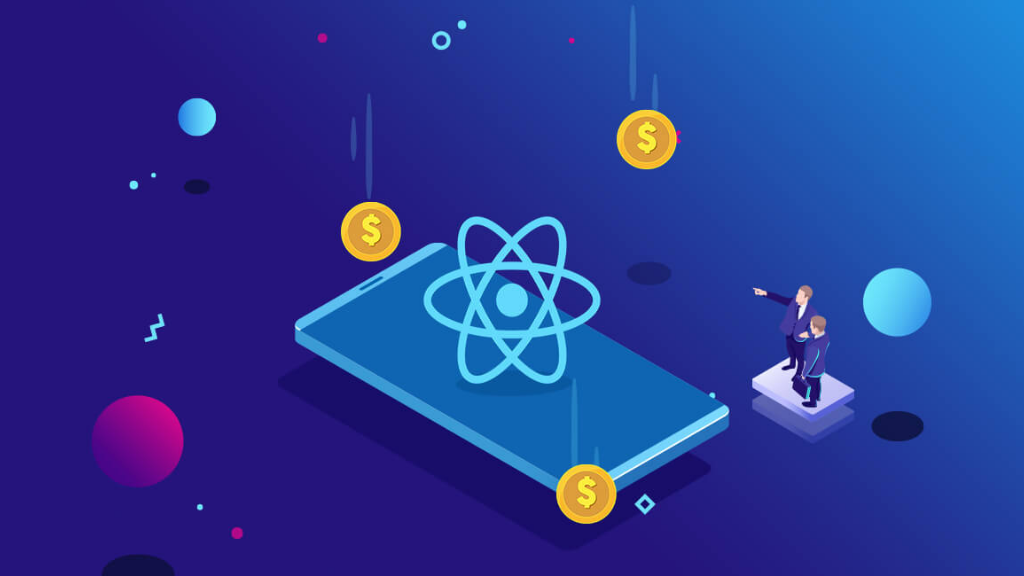 Statistical data says nearly a hundred thousand apps are released in a single month. New apps are launched every day and many older ones become extinct. Businesses want to make sure their customers get the best user experience and that their apps remain popular. Developers are having a tough time building apps that will please the end users and their clients. Most developers choose React Native app development because it is a better option. Why is it so? Let’s find out.

The React Native enables a JavaScript code base for multiple platforms. What does this mean and how is it useful? This means that the app development process is easier and more efficient. This means that the user experience is consistent for both platforms. A single code to run on both android and iOS platforms is a blessing for the developers. It saves a lot of time and money as it speeds up the process. React Native provides platform-specific extensions to define a few implementations that are different for different platforms. Not all developers are proficient in all languages. Generally, iOS and Android apps are written in different languages. When you use React Native, all you need is a developer competent in Java who is comfortable with native UI libraries and APIs.

‘Write once and use everywhere’ is perfectly applicable for React Native. It takes lesser time to develop as there are several components ready for use. As you don’t have to create everything from the scratch, you can build the app faster. Moreover, a shared code and shared layer for both platforms help in building apps30% faster. This helps in the fast release of the app. You can release the Minimum Viable Product and make changes and additions later. Releasing the app as early as possible is beneficial to the business. When you release your app fast you will have to study what works and what does not.

There are a few features that make React Native advantageous. Installing React Native is easy and fast. All you need is Node Package Manager and a line of code.

Hot and Live Reload is an amazing feature that is of great help to the developers. This feature allows the developers to make changes to the code on one screen and view the updates on another. They will be able to know instantly if the code runs as desired.

Another useful feature is Expo that allows the developers to send the app from the computers to mobile devices. This makes testing easier. It also allows sharing the link of the app to others who will also be able to test the app for effective running. This feature eliminates the need for a separate core developer team to access the app continuously.

There is yet another feature called webpack. This feature helps to pack all codes in a single file and link them all together. When there is no need to create many files, it is a big time and money saver.

The Decorative coding feature simplifies the coding process. It makes React Native easy to read for the developers and the system. This feature also makes the code more understandable and flexible.

React Native is of great help to startups because of its cost effectiveness. Startups usually work on a tight budget and they cannot afford to overspend. Why and how is React Native cost-effective?

The cross platform mobile app development is one of the main reasons for its cost effectiveness. This decreases the cost of employing additional resources.

It is an open-source framework. You can use the updated technology free of cost. Collective libraries are available that reduce the cost, time, and effort.

Apps built with React Native can be integrated seamlessly with other apps. This too saves cost.

Debugging can be done simultaneously while developing the app. There is no need to spend extra money and time on debugging.

App maintenance is easier because of the flexible nature of React Native. The money spent on maintaining apps is considerably reduced.

Native components are used and not the web components for the user interface in React Native. They are rendered with APIs independently. It relies on native visual elements and native APIs. The native visual elements include menus, buttons, status bars, and others. It recognizes the differences between Android and iOS. This results in the same view looking differently in android and apple devices. This ensures a flawless user experience. React Native apps load faster when compared to hybrid apps. Lesser loading time is very important in this fast world where everyone is too busy. Thanks to its unique features, it can support graphics and high-definition app contents. It allows the addition of third party plugins like maps, payment, and APIs. This too is an important factor in a better user experience.

It is tried and tested. The popular React Native apps include Instagram, Facebook, Skype, Walmart, and many more. It is used in the top apps because it delivers a personalized user experience. The very fact that it is used in the most popular apps proves its reliability. That is the reason why more and more companies are relying on React Native. It is here to stay as its friendly features are hard to resist. The strong community support has made React Native more reliable.

By providing appropriate strategies. By using scroll view for big lists. By scaling and resizing images. By avoiding unnecessary renders. By avoiding arrow functions. By avoiding too much use of high end components By using style references correctly By enabling RAM By enabling memory optimization By optimizing the android size and many more.

Is a technique that divides the functionality of a program into modules. Modules are independent blocks that provide flexibility for developers. It makes it very easy to make updates. Modules are reusable and they work with mobile apps and web apps.

React Native technology is relatively new. However, its unique features and benefits have made it popular. Its cross-platform applicability is fuelling its growth. It is a good choice for B2B apps. It is a future-oriented framework and its popularity and relevance are increasing every day. It is the best friend for React Native app developer and it is not going away in the near future.